I rejoined my local Library recently. I'm glad I did. I've been a member of a library nearly always since I was about 7. I had just finished Half a Yellow Sun and I'm trying to become a person that reads before bed and has the laptop and phone off since 10, I'm not doing that all the time yet but I am getting there.

I was walking around and  Spotted Lord of the Flies and World in short time. Lord of the Flies is a story a lot of people have heard of and is one of those books you have to read before you die (I love those lists ).

I picked up World War Z cause I have heard of the film starring Brad Pitt  ( even though they are very different stories) and I do love The Walking Dead and Zombies Run so I thought I'd more than likely like the book too.

Lord of the flies was written by William Golding in 1954 and tells the story of a group of young boys, the eldest being 16 who are stranded on a deserted island with no adults after a plane crash. They elect a leader who tries to make sure they have food and shelter and a fire lit at all times to attract attention, but with the talk of an atomic bomb before the crash is there even anyone to save them?  The younger children start to have nightmares about a mysterious creature that only comes out at night, but only the very young boys. Themes such  power struggles and the use of fear to control people struck me the most. The language was a bit aged ( 50's english slang is used throughout) but that was my biggest problem with the book. I think this book would really only appeal to a small amount of people but I do like saying I have read it.

World War Z is a book based after the Zombie war has been fought and won by the humans. The book is a series of interviews undertaken by a journalist. He travels all over the world interviewing different survivors and specialists who survived the war as they recount the terror of the total war. It starts at the first spottings, how the infection travelled the world and progresses to how people attempted to survive in their different countries ( from the US to the Ukraine to India), to the warfare used to fight (it goes a bit too armyish for me but just for one interview which is at most 15 pages) to how the world started to fight back and where we are now. I thought this was a remarkable book really. I love seeing the human side of wars but to make up an entire fictitious war was amazing. The detail is remarkable and I really loved the story. It was interesting to see how the author invented how certain countries dealt with certain things and what people had to do to survive.


If I had to recommend one book over the other I would have to say World War Z, but both books were very interesting. Survival a common theme in both.

I started Casual Vacancy by JK Rowling ( I needed something completely different after those two book). I don't know how I feel about it yet but I will let ye know

What are you reading at the moment?
Posted by Unknown at 08:05 No comments:

Home Made Hot Cross Buns and Quinoa, Cranberry and Walnut Salad.I live on
hot cross buns during spring so I thought I'd give baking them a shot, turned out not too bad for my first attempt. I also got the salad in Tesco, because I've heard so many good things about quinoa but never tried it. I bought some today and I'm going to try it for breakfast tomorrow.

ALL the tea!! Liquorice tea and Red berry tea are lovely. I'm missing coffee as I'm off it for a while but the teas are helping.

Modern Family and The Muppets Most Wanted: Modern Family is just the perfect looking for something to watch for 25 minutes kinda show. I love the Characters and the way the show is filmed and its just so light hearted. I went to MMW on Sunday and was surprised how much I  loved it. The cameos and reinactment of a certain royal wedding was amazing and seeing Ricky Gervais in a childrens movie was funny in itself.
The fact Ty Burrell is in both of these only adds to my enjoyment.

So I finished King of the Flies and World War Z and I've moved onto Casual Vacancy my JK Rowling. Its Ok so far and I'll have a review of the two other books later on this week. 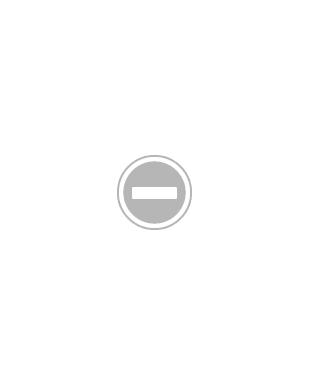 Getting up to:  I've gotten a job, a proper job,  I haven't started as yet, but it's exciting! I'm ready to go back to full time employment.

what have you been up to??

I have a LOT of hair on my head I MEAN A LOT of thick hair, which is on the normal to dry side. I like my hair a lot even with the stick I got for being a red(ish) head. I was always told not to dye my hair when I was growing up and to be honest I'd never be bothered to deal with the upkeep and bad roots are up there on my peeves list (along with bad eyebrows). Just before I turned 22 I had some bleach  added to the sides of my face randomly which don't go anywhere near my roots so I dont have to maintain them, just make sure they're not super dry. I've been told its very rogue from x-men looking and I'll take that!!

In the last few months I didn't take the best care of it, I was using heat treatments before styling and blowdrying but the actual shampoo and conditioner I was using wasn't great and wasn't of any benefit to my hair. It's only when other people make comments about things like my hair that I do anything so once my cousin mentioned it looked a but dry I started operation hydrate.

The Shampoo I decided on was the Pantene Repair and Protect .Not the most glamorous of shampoos but this had added serum was a big plus as it added a step without actually adding another step that i could just skip if I was feeling particularly lazy. I read that you should actually rinse and repeat when it comes to shampoo the first wash is like a primer and the second wash really gets your hair clean.

Conditioner wise I have found theTREESemme Vitamin E Moisture Rich Conditioner is kinda amazing. My hair hasn't felt as soft as it does at the moment, in such a long time. At least once a week I also use TRESemme Split Remedy Split Mend Intense Recovery Masque especially on my bleached sections.

All together these are helping manage the mane. Up until recently my hair would go out like a triangle and now I'm finding it easier to style and manage without blowing a load of dosh.

I've worn glasses continuously for a long time (since I was 9 or 10) so it's fair to say I've gone through a good few pairs at this stage. Recently since I started my online course and using my laptop more in general, I started to get headaches and my grandmother started giving out to me as I kept looking over my glasses so off to the opticians I went to  get the aul peepers seen to.
Initially I was just going to get the new glass put into the frames I already had but that would mean I would be glasses-less for four days and I'd have a Velma from Scooby Doo moments for four days......side note I was nicknamed Velma in Transition Year cause I had a bob haircut and thick glasses......

So I was all ready to choose the same pair I already had when I started chatting to the sales assistant and she commented on them saying  "They're a bit safe" She then suggested a few other pairs and after the word safe was mentioned I had a complete 180 on my glasses choice.

I have a fairly square shaped face so square frames suit me best I also cant have them too big cause they can make me face look odd.


I scoured the Specsavers site but could not find the exact pair I bought but The Pipa glasses are the most similar. I like the change and have gotten a nice few compliments saying they suit my face better.

Lit Nit Wit 2; Half of a Yellow Sun

Hello there it has been a while I apologise! Seeing as I decide to return to the aul blogging on World Book Day and I happened to finish The book today I took  it as a sign!
The book in question is Half of a Yellow Sun by Chimamanda Adichie. If that name rings a bell, it might be because she is sampled on Beyonces Album in the song 'Flawless'. I first read her other book 'Purple Hibiscus' for my Leaving Cert (back in the day) which I did not like at all at all (I found the main character annoying really and the fact I had to read it over and over to find quotes didn't help)  but my friend recommended this and I spotted it at a book swap so I thought I'd give it a chance.

The Book is based in 1960's Nigeria and follows the lives of three characters before during and immediately after the Nigerian civil war. Ugwa is a servant boy who starts to work for Odenigbo, Olanna who is Odenigbos lover and Richard an englishman in thrall to Olannas enigmatic twin sister Kainene.

I really enjoyed this book. I love reading about wars but I don't have a great knowledge on the Nigerian Civil War (something I plan on changing) so it was a nice change from European stories. It was interesting to see how the war changed the characters and the relationships between the characters. The book is divided into four sections The early 60's The Late 60's The early 60's (again) and The late 60's (again) and when I first realised this I did question it but then there's THE TWIST and then I understood and loved it.

Ms Adichie describes the aspects of the war really well especially the horrific parts (turns out the Nigerian Civil war was fairly dark) she doesn't gloss over them but she doesn't take it too far either. I feel sometimes her language is a bit peculiar like I feel she used the word urination a bit too much, but that's just me nit picking. Overall a great book I'd recommend
Posted by Unknown at 13:47 No comments: