I think around this time last year I read the book 'Citadel' which I reviewed here.  It transpired that it was a sequel to the book Labyrinth, which I just finished. Just like Citadel it is set in two time frames, this time 2005 and the Middle ages. It follows two main characters Alice and Alais (took me an age to realise their names were similar...) as they discover and take on family secrets to escape an ancient evil that threatens not just them, but humanity. 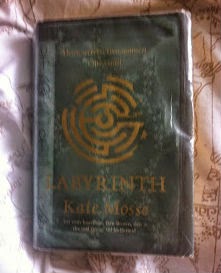 Alice is in France to sort out the will of an aunt she didn't know she had, at the same time a friend is excavating an ancient site, so volunteers, towards the end of the dig she is drawn to a boulder under which an underground cave holds deep ancient secrets and two skeletons

Alais lives in middle age France. The daughter of a nobleman, instead of keeping to the castle as she should she often heads to the river and grasslands to collect plants she can use to heal peoples ailments. It is on one of these trips that she finds a man dead in the river. At the same time the king of france has put out an order for the death of Heretics and those who hide them shall also be prosecuted. Her Father and his assocaiates try to decide what do to, to cast out their people or defend them.

Honestly I don't think I enjoyed this as much as Citadel. Maybe it is because I am such a lover of World war stories.  I think there is a good pick of packing, she could have told the same story with less pages and I probably would have enjoyed it more honestly. I still did enjoy it and maybe if I'd the cop on to read this first I would have appreciated both books better. Reading them in order is always a good idea.
Posted by Unknown at 13:06 No comments:

Yes ok I have an addiction, well several really, but my biggest addiction is London, every few months I go into extreme withdrawal and need and I mean NEED to get some London air in my lungs and see some fabulously urbany dressed people. I 100% live in the wrong place. 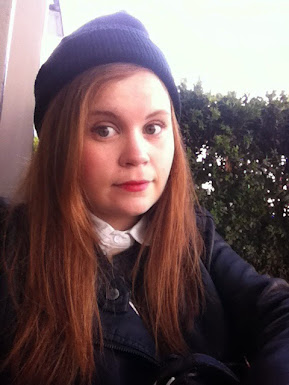 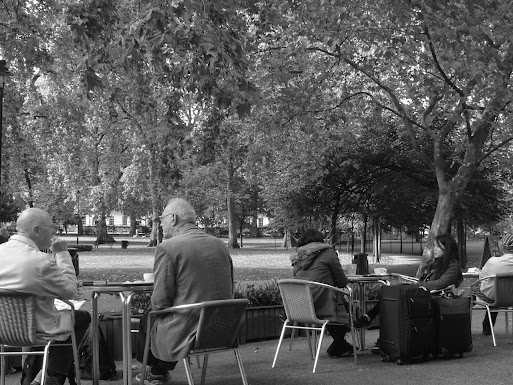 Day One: Thank god for nice taxi men. Of course I was too excited to sleep the night before (I am such a child) so I snoozed by 4:10am alarm a few times. Thankfully my taximan
woke me up and I was in the airport and more importantly the bar of the airport in plenty time. There is something kinda funny at being able to order an Irish coffee at 5;30am, not a massive fan of that drink but I couldn't decide between a coffee or an alcoholic drink so I got both.
There was no sleep in the plane at all at all, so when I got into The city (via the Stansted express) I went straight to Brunswich Shopping centre (off Russell Square) for what else but A Giraffe Breakfast Burrito, I was wide awake then!! I met up with an old work friend, whom I was mad to bring to the National Art Museum, but he was more in the mood for the cinema. I have to admit I was somewhat reluctant until I got into the Imax cinema in Leister Square which has a screen size of 26X20 METRES, just imagine Scarlett Johansons face on that (We saw Lucy, it is unlike anything Ive seen before, holy  moley!!) After coming out of the cinema (at like 2pm, I was utterly disoriented by the light) the tiredness did hit me, so there was very very little done until 5 when I headed to Clapam to Bodean's BBQ for a good aul Pulled Pork Sandwich and White Russian with my Dad. 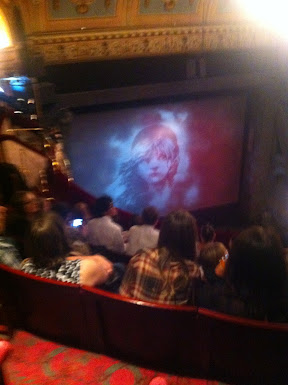 Day Two; The main main reason for my trip was because it was my BFFs birthday and my present (other than my Presence of course) was to bring her to Les Miserables, I've wanted to see it since I was about 14, I've never even seen the whole movie cause I wanted to see it live the first time round. Prior to going there we ventured into Westfield in Stratford. My housemate recently went to London too, and she booked in a bag coming home, for the shopping. Thank god I didn't think of that cause I would have bought a Lot more, their Primark was amazing, We didn't see one third of the place really, we ate at , Strada such a lovely Italian.
So off we head to Les Mis, we were fairly high up (upper Circle E24 to be exact). it had a Resticed view and by Resticted we could see about 97% of the stage and you could always hear what was going on,so we didn't mind. I was pretty sure I was going to cry, I knew it was depressing (its called Les Miserabes for a reason) but I was doing well, untiil the last 5 minutes, when I could hear someone else BAWLING crying and I lost it a small bit, but at least I wasn't loud. When I lived in London, when I was waiting for my friends to finish work (I always finished 2 hours before them) I'd often head to Leister/Piccadilly and watch people, this trip I did again, I'm so unused to seeing so many people just walking along, chatting, eating so late and its so fun to watch. My friend and I had a chat with a Policeman about drinking in public in London ( as you do) and got chatting to a Turkish man who had moved to england two days prior.

Day Three; My friend has lived in London for five months, and had yet to venture into the Portabello Market, that all changed Saturday! Just going there to see everything is amazing, Old furs, sports equipment, WW2 stuff (Gas masks freak me out ever since I saw that episode of Doctor who) and food SO MUCH FOOD. We grabbed some Falafel wraps which were so so good, In Ireland there's this sport called Hurling, one of the most fast land games there is, and every year is a final, which happened to be when I was in London. So I met my dad and we watched the Hurling together for the first time in years actually. The team I didn't want to win, won, but it was a good afternoon all the same. 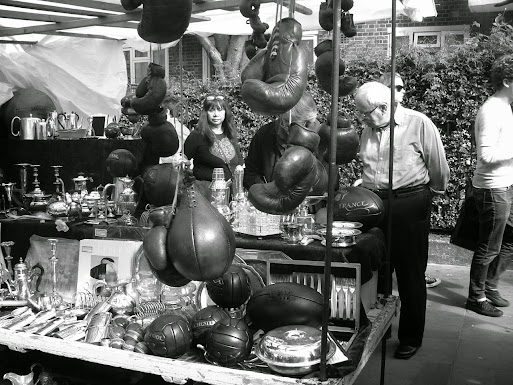 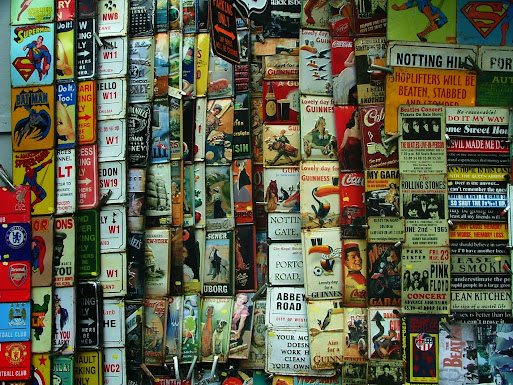 The last time I went out in London, we got talking to some of those Reps in Leister square, who got us to buy some tickets to some clubs or whatever, one we couldnt even find and we ended up staying in one place which was ok, wouldnt say it was worth the money we paid for the tickets, so this time we decided to go to one place and just stay there. We decided on the Zoo Bar, which btw is full of Spaniards, which is a good/bad thing, depends on your opinion on Spaniards. We had a bit of a jig and a beverage or two and felt much less had than last time. 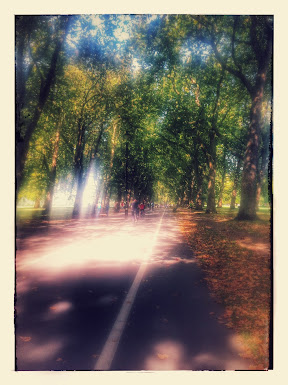 My real last day in London. In the morning I headed to Hyde Park, went to speakers corner and learned how and why the Economy is going to go bust in the next five years. There had been talk of cycling but I was so tired from everything that idea went onto the list of things I'm going to do next time I'm there, yes there is an actual list already. I met my dad once more for some chinese in Chinatown, where I heard a Chinese version of 'Let it Go' which put me in a great mood altogether. I headed back to Hyde Park and met up with my friends again and we just strolled along Picadilly Road, past the Ritz and fancy cake shops and it was so nice. I've found there's always new things to do in London, you could have an interesting day even if its just walking along a particular road, imagining spending stupid money on afternoon tea.

I already can't wait to go back, some friends who live there happened to be in Ireland so I have to go again to see them, and Abbey Road, and Wicked.........
Posted by Unknown at 13:22 No comments: