Last day of being 24: A reflection


Today is the last day I shall be 24, from tomorrow I'll be in the 25-31 group on surveys (The horror).
I'm in my room chilling to Justin Bieber thinking about my last year( Never thought I'd say that ha). 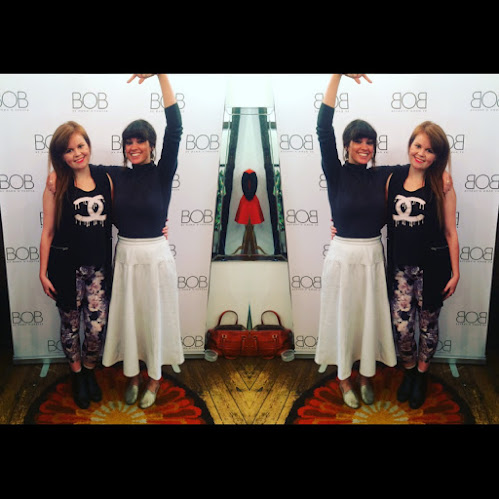 Life: In the last year I've moved into one of the best homes, this place could be called the united nations with the spanish french German,Argentinian, Nordic (don't know that counts as he was here for 4 days and then kicked out) and of course Irish. I was a bit worried about living with students, but then I remembered I don't exactly act my age and my previous housemates weren't exactly begging me to still live with them when my previous lease was up. But we all get on  well and somehow I get referred to as the mam and am pulled aside to take up dresses, which I had utterly no idea about but together we managed it.

Work: In terms of work the year has flown. I've stopped working in the pub, so I can work more Sundays which frees up another day in my week. There's been a few dodgy days with both patients and staff but I've enjoyed my job. I'm in the middle of filling in my UCAS, just waiting on my
reference, which I have to chase up  tomorrow.

Working out: Fracturing my elbow was clearly not great for my working out. Joining the gym was not something I thought I was going to do this year, but it was really a good thing. I'm in an alright place with my body, of course I'm not 100% happy with it but...I had this dress that made my back look super strange, and I tried it on recently and it fit perfectly  (whoop whoop). Also, when I joined I wanted to work on my arms (running can't improve them that much, it turns out ) and its almost a gun show altogether ha ha not really, but over all I've enjoyed it.

Travelling; My carbon footprint is terrible and I know it. Seems like a million years ago since I was in Barcelona. I highly recommend the place. I'm trying to do more things with people as much as I like travelling on  my own, so I said yes when my friend asked did I want to go to Iceland in February so I have something really lovely to look forward to. Next year I hope to be traveling permanently to London, something I don't want to think about until  I have definite plans which I don't yet.

Love: Its funny as I write this Earned it from the Fifty Shades of Grey is coming on, which is the movie I saw the day I said goodbye for the last time to someone I had a complicated relationship with. I'm proud to say I only looked him up on Facebook once since and that was this week. It is not easy for me to find someone who "gets" me, and I seem to have a thing for those  who aren't in a place where they can have relationships, double points if they're foreign double points. My friend asked do I actually try and I do, but sometimes its easier to go out and have a nice night with someone, but I did try, like really try over the summer, so at least I can say that, and I did have a good time with him, even if it was for  short time, if I learned nothing from Dan Savage its that a relationship doesn't have to last forever to be successful.

Entertainment: This year could be referred to as the year of the podcast. I'm subscribed to  almost 30 Podcasts of all types, serious, pop culture, fact and fiction,a lot of different things, depending on what I want to listen to. Late as usual I finally downloaded the Spotify app, just the free version and I love it when I don't want to think about what I'm listening too much. The author Louise O'Neill has blown my mind in November and I keep recommending it to everyone, either of her book read read READ them!!!

All in all 24 was a good year, got my heart punched in the face, made some really cool friends from all over the world, found out I like the fact I can lift more than my weight with a leg press, and finally that donating your hair is the ultimate humble brag, and you will get absolutely sick of saying it yourself which I think is a good thing. I don't want to have too many expectations for next year, I hope to continue to develop as a person, keep the friends I have, eat really good food and appreciate what I have and what I am doing
Posted by Unknown at 10:53 No comments:

Email ThisBlogThis!Share to TwitterShare to FacebookShare to Pinterest
Labels: 24, reflection

MAKE UP!! I have quite a lot! Not on a absolutely stupid amount but a good amount. I'm not the worst in all honesty, I have gone past the sticking the eyeliner brush in my eye, though sometimes I end up with said eyeliner on my socket as it hasn't dried, and I like to give some of the blame to the actual eyeliner product.......There has been a fair amount of mishaps but I am working on it, by watching lots of other people apply make up, of course. I love make up tools, in Barcelona I bought a beauty blender I have an eco tools eyeshadows set and in college I had the Real Techniques core kit which someone I lost, how does one lose four brushes?


Anyway my main issue is eyeshadow. I mean I can put it on basically, but anything elaborate, proper blending colours into each other and really nice glam look, I try, but they always look the same. I was half on the look for a proper packing brush, I feel like I don't put enough on my eye and a small blending brush, to create a crease like all the youtubers do!

So I'm in a pharmacy in my hometown, and overheard Blank Canvas Cosmetics. I've heard of them before from Irish youtubers and I've previously been on their website before. I looked and saw they were eight euro for eye brush so after looking and  reading the back I chose the E35 flat shadow and the E42 pointed crease brush. They are both super soft and the E35 is vegan, though I don't think the E42 is, if you're that way consious. On the box of the E35 it says the brush is also suitable for concealer which I tried and, now, I want to buy another one so I can have one for each purpose, with them being 8 euro its not much and good brushes are something I'd like to have
Posted by Unknown at 11:23 No comments: