From Paris with Love 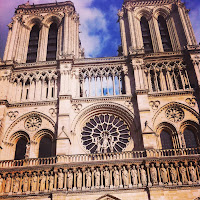 From Paris with Love

In May of this Year I decided to head to Paris for 3 days. I chose Paris because I am semi Obsessed with Coco Chanel and also as Essie Button had been there the year before. Needless to say I was excited (As in I was so excited I did not sleep the night prior or on the plane and as a result I fell asleep standing up waiting to get into the Louvre).

I stayed in Friends Hostel which was just beside a metro station which made travelling so easy. It may not be the safest area at night but I had no problems.

I wasn't planning on going to the Louvre but as I arrived on the first Sunday of the month, all museums are free so I decided to wander about the place and I felt trés cultured. I also walked to the Musée de l'Orangerie and had a good look at a few Monets.

The second day was mostly exploring the city. I took a bus tour first thing that morning.
I do this on every trip as you see the main sites and have an idea of how to get from one place to another.

The evening of my second night I met a friend who lives in Paris. She took me to the Jewish area of the City and we had Falafel but not before she took me to an old Jewish school which had a placard remembering all the students, teachers and parents who had been taken by the Nazis during the second World War II.  Walking through the same streets as those people, that whole war was never as real to me as it was then. Behind The Notre Dam there is a World War II memorial whereby you are not allowed to talk and the walls are close together and it tries to make you feel like you are a prisoner. I would recommend this almost more than any other part of the trip 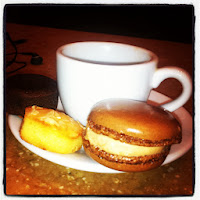 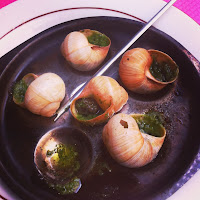 And yes I did try snails, they taste like mushrooms, I enjoyed them 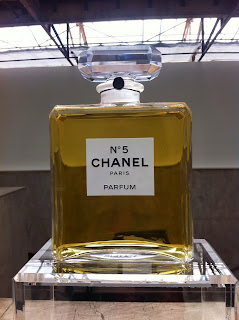 On my last day I had a Chanel day altogether. In the Palais de Tokyo there was an exhibition on Chanels' life before during and just after the development of the iconic No5 perfume. When I was walking around Paris I would see Chanel shopping bags which had the address of Cocos' actual apartment so I made it my mission to just find the building so I could say I was there. When I eventually found it I was just far too happy with this fact. A security man then came outside and I asked him in my extremely broken french was this the building where she lived. He replied 'yes but she did not sleep here' and I interrupted saying 'No she slept in the Ritz' (fun fact of the day for ye all) and he was quite impressed and asked me would I like to come in and see the glass stairs. I am not ashamed to admit I choked up at this as I went inside. Not sure how impressed Chanel would be with my converse but it was most definitely a highlight of the trip. 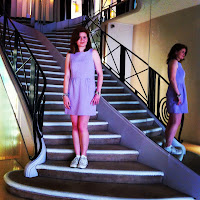 The closest I will ever be to Ms Chanel

I spent 3 days in Paris and would advise that everyone visit. It is so steeped in culture and history. you'll just feel more educated after leaving the place. And also there is amazing shopping and huge designer shops such Cartier and Chanel and so much more i didn't even see. The whole city is just a masterpiece. 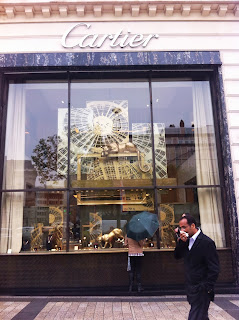 Have you ever been to Paris?? Which city would you love to visit next??
Posted by Unknown at 06:02 No comments: