Music: I really have to go to more gigs and concerts and this week definitely improved my credibility a small bit............maybe. Back when I was in college three of my friends went to see Black Stone Cherry in Dublin and played them non stop for weeks after, so I decided I would SOMEDAY go and see them. A few weeks ago I was walking by The Pav in Cork and I saw they were playing there. I looked it up and they were also playing in The Academy and I guessed my friend who went to the first concert ( I had to ask him via Snapchat, hes too cool for facebook now...) Live at The Marquee hosted The Coronas twice and my friend was heading to see them the second date  so I decided I'd head off to see them aswell. I saw them once before the week before my Leaving Certificate results,so like 2009.

If anyone knows who both of these bands are, you'll know how different those bands are. One is a proper rock band from Kentucky and the other is a pop rock band from Dublin.
I loved both so much though. I wouldn't listen to them as much as I once did, but I was still able to sing along to 90% of the songs and grinned so much when I realised I knew them as well as I did before. I almost cried at both gigs and loved each gig so so so much, both bands are as good live as they are on their album, and you can see how much they enjoy their own gigs which is one of the best things to watch

P.S if you're ever in Dublin and looking for somewhere to eat Smokin' Bones on Dame Street is so good I had the chicken sandwich with the Bourbon mash (carbs and Bourbon are two of my favourite things)

Books: So yes I finished Paper Towns, nothing to write home about. I am about 10 years over the target audience, and really I started reading Danielle Steele when I was 12, probably not the best idea but there we go, a perfectly ok book, which will be made into a perfectly ok movie that I won't see. My housemate has The Little Prince (the book) and he has let me borrow it, it is adorable and I am actually enjoying it more than Paper towns actually.. ha ha, my friend has it in french and I will read that too..when my french gets better....its definitely is improving slowly but surely..... I've promised a french man an entire french conversation....in a year ha

TV/Movies: I was doing so well with my movies, but with going to Dublin and...recovering from Dublin and the other concert, I only managed one movie this week The Prince of Egypt, which is way way darker than I remember it (the last time I saw it was about 8 years ago, but still) I did see half of Eyes Wide Shut, and I will watch the rest of that in the coming week..
I'm up to episode 11 of Orange is the New black, its as good as the previous  two seasons I think anyway. 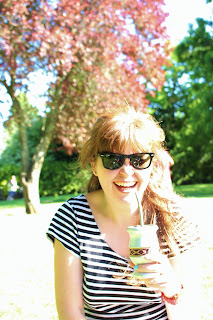 I was never the cool kid that hung out with a load of other kids in the park but yesterday my housemate and I went to Fitzgeralds park with wine in travel mugs and bags of MATE (its an argentinian loose tea, not entirely mad on the stuff but its interesting all the same). It was nice to hang out, just people watching..

Email ThisBlogThis!Share to TwitterShare to FacebookShare to Pinterest
Labels: black stone cherry, Live at the Marquee, orange is the new black, paper towns, the academy, the coronas, the little prince, The prince of egypt 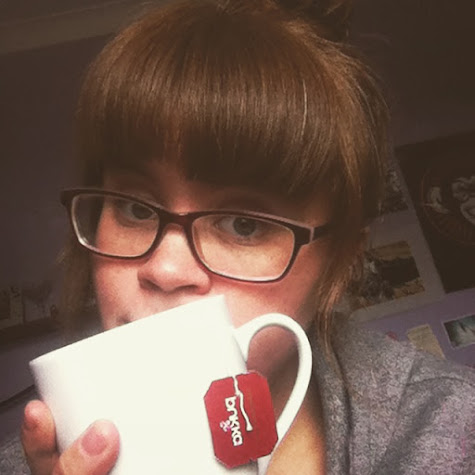 It felt like I was only back from Barcelona when I was asked by my dad to take some time off.
While one brother was finishing the Junior cert, my mother was going to Lourdes and the other brother was heading to London for a week, so I was needed at home.

when i wasn't helping my brother study history and Home Economics I was catching up on movies I should have already seen and reading a book and finishing off and starting a tv show.

Tv Show:  I finished watching Unbreakable Kimmy Smidt, The Netflix original series that follows Kimmy as she adjusts to life in New York City after spending 15 years in a bunker. There is only one season so far and I mostly enjoyed it (spoiler ahead). The one part that annoyed me was the fact that Kimmy pretty much forces her employer to divorce her husband after it transpires he was having an affair with their marriage counsellor. Maybe I've been listening to too much Dan Savage, but at one stage her boss says no im going to stay with him, for the lifestyle,and Kimmy should have accepted it. All in all I think its  fun series and of course I adore her housemate,

Today I started on the 3rd season of Orange is the new Black, in the middle of the 4th episode now, as entertaining as ever, don't know how I feel about Piper as usual, will report back.

Movies:  I'm actually proud of myself with the amount of movies I've watched this week, I've seen
Jurassic Park (really really good) Coco before Chanel (Audrey Tautou does such a good job, its uncanny) Frida (I want to learn all about her after watching this, all the intertwined history..yes) Rocky Horror Picture Show ( holy mackeral some movie, so random and fabulous) Birdman ( so worthy of all the Oscars it won, I can't properly even comprehend the filming involved but I thought it was amazing) Big Hero 6 (yes I cried, spectacular film as normal from Disney) and finally American Psycho ( I'm still confused but I loved it) why has it taken me so long to see these?? I do not know, but I'm slowly catching up....I'm probably not..... but IM TRYING ha

Music:  Not much on this front I'm afraid. I started listening to PVRIS, not really my thing to be honest. Any recommendations would be appreciated

Book: I started reading Paper Town when I saw the ad on youtube ( which was in spanish, my youtube app is convinced I'm still in Spain, I wish) Its better than Looking for Alaska, which isn't saying a whole lot, cause I didn't like that at all. I know I'm not exactly the targeted audience, but its a nice light read, full book review coming when I've it finished.

Life: Life has been ok  while I've been here. I got my nipple pierced (honestly not too bad) and I went to the dentist ( I need two bloody fillings, and I've psyched myself up to look into braces to straighten my one really crooked tooth, it may come to nothing but I think I might as well) its bee a quiet week but a good one, next week will be more busy I'm heading to dublin, for a gig and I'm off to the marquee in  cork Saturday, a fun week ahead, this is how summers should be I think
Posted by Unknown at 16:06 No comments: